Get to know HCCC's Professor Ponder and what Black History Month means to her. 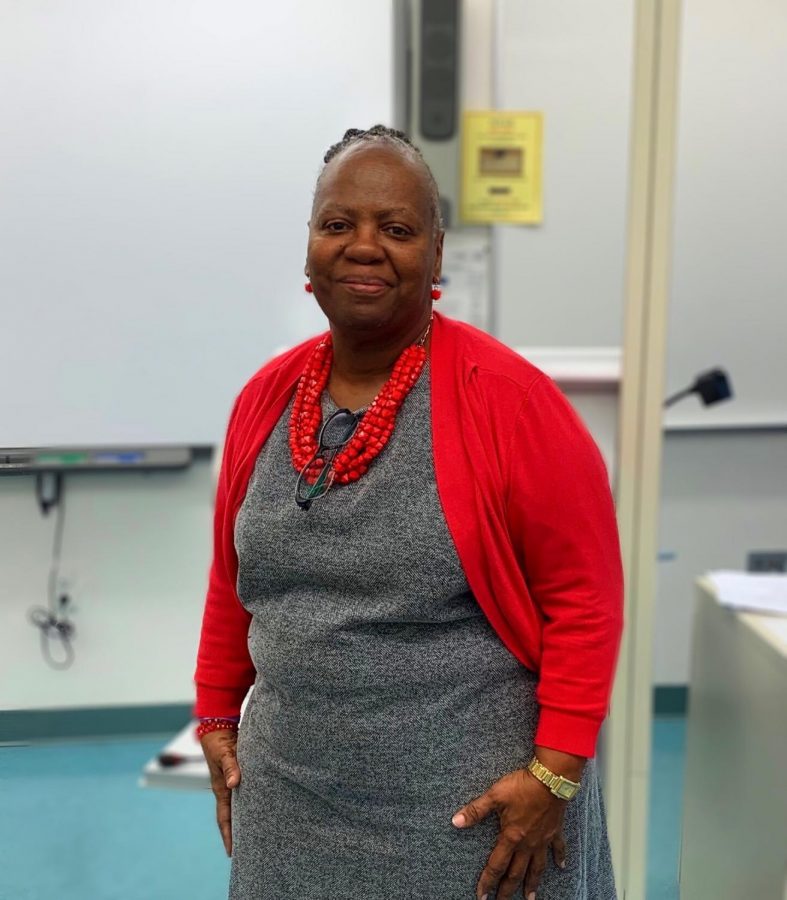 In February we take the time to celebrate Black History Month, recognizing that without the innumerable contributions of African-American leaders, the United States would not be this great shining beacon atop a hill.

While there is much progress to be completed, it is vital to acknowledge how far society has come, shedding a light on the extraordinary individuals making this world a better place.

One of those extraordinary individuals is HCCC’s very own Professor Sibyl A. Ponder.

Professor Ponder has been teaching at HCCC since 2012, leading a wide array of classes in the English department ranging from the developmental stage to more advanced literature courses.

Anyone who has ever had the pleasure of taking a course with her knows that Ponder leads her class with warmth and gentleness but does not compromise her authority in the process. As she looks back, such traits were ingrained in her since little.

It was as a child that the professor realized that she could be a strong, independent individual and that being a woman did not mean being subservient to anyone.

“[It’s] the women in my family [who] have been an inspiration to my development as a competent and grounded woman, showing me how to be a ‘lady’ while still being assertive in my convictions,” she says.

Ponder specifically credits her maternal grandmother, Sarah McKeithan, for instilling the idea that we must all “love our fellow man” and that the prejudice of others “was their problem” – a reflection of their ignorance and closed-mindedness.

In having these women to look to as inspirations, Ponder’s belief that she could accomplish anything was reinforced because great role models help incentive those who look to them. It is the reason there is an importance in having diversity and inclusivity within academic settings.

Ponder believes, “… Having a diverse and inclusive faculty exposes students to different perspectives and concepts, helping to shape them into more well rounded individuals …”

This also allows for students to realize that there is a world of endless possibilities out there and it helps prove that determination pays off.

“Having a diverse and inclusive faculty also can act as an impetus to students who have come from ‘at risk’ communities to keep pushing forward because of the examples they encounter in higher education, showing that possibilities can become reality,” the professor explains.

The road to being an example for others has not always been easy for Ponder as obstacles have naturally presented themselves along the way, but she explains that such obstacles served as “stepping stones” rather than “stumbling blocks.”

These hardships are also what allowed her to really appreciate the wonderful moments of her life, such as walking across the stage at FDU when she received her Master of Arts in teaching.

“It was of particular significance because my family was there to cheer me on and because I was considered one of those students from an ‘at-risk’ community – Jersey City. It helped to show that, yes, African-Americans were just as capable as their contemporaries,” she says.

Professor Ponder’s greatest joy is getting to know her students, who come from all walks of life and not only teaching them all that she knows, but also learning from them.

“Learning is a two-way process. I learn from them as well,” she affirms.

Amongst many, one of the professor’s favorite quotes is “Winners never quit and quitters never win.”

There is no question that Professor Sibyl A. Ponder is not a quitter. She’s a winner and we celebrate her this month and always.