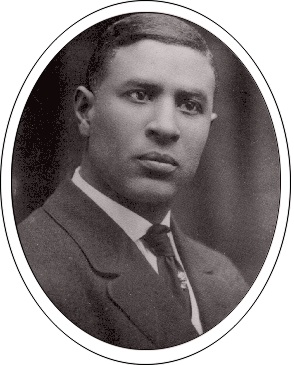 In a time when originality seems to be rare and television overrun with reboots galore, the idea of innovation and creation are attributes that ought to be celebrated and it might just be that a name does not epitomize the definition of such qualities as the name of Garret Morgan, who referred to himself as the Black Edison.

Born in Kentucky on March 4, 1877, Morgan was one of eleven children born to Sydney Morgan and Elizabeth Reed. Morgan’s father, Sydney, was the slave son of famed confederate general John Hunt Morgan.

Having only obtained an elementary-leveled education, Morgan moved as a young man to Cincinnati, Ohio in search of better employment opportunities because he believed he would never make something of himself if he stayed in Kentucky.

Morgan took up a job at Roots and McBride Company sweeping floors. While working there he thought himself not only how to fix discarded sewing machines, but also found new alternatives for their interior design – improvements that made them easier to use.

Impressed by his abilities and offering him the chance for better opportunities, Morgan was hired by a competing company in 1907.

It was there that he was introduced to a Czech immigrant worker by the name of Mary Hasek. The two began dating, but because of the nature of their relationship – she was a white woman and he was a black man – the company did not approve as interracial marriages were antagonized.

Sandra Morgan, Garret Morgan’s granddaughter, told Popular Mechanics magazine, “When their relationship was discovered, they were given a choice. Either knock it off or leave. They decided to leave.”

With his own patent for an improved sewing machine, Morgan and Hasek left Cincinnati and moved to Cleveland where he opened up the Morgan Skirt Factory, which sold children’s clothing. The business was a major success.

Along with his wife, he later developed products designed to straighten hair after toying around with a mix of chemicals. It was a huge success, particularly within the African-American community. After establishing the G.A. Morgan Hair Refining Company, Morgan achieved incredible financial prosperity, which gave him the freedom to focus on other ventures.

The Kentucky-native then invented what he referred to as a “safety hood” in 1914, designed to protect individuals from inhaling toxic smoke and harmful gases. It is believed that this invention was the forerunner for the gas masks used during the First World War.

Morgan’s most crucial contribution to our modern-day existence, however, might be traffic signal. It is almost inconceivable to think about a world without traffic signals, but before the early 1920’s, there had not been any serious developments in traffic controlling.

Ohio History Connection, an organization dedicated to the history of the state of Ohio, reports that after Morgan witnessed a horrific collision between a horse carriage and car, he was determined to come up with a solution that would better control traffic.

The resulting product was what would serve as the foundation for the modern traffic signal, which has three instructions: go, slow-down, and stop. Morgan patented the design in the United States as well as Canada and the United Kingdom before selling the patent to General Electric for forty thousand dollars.

Morgan passed away in the summer of 1963 and although he is no longer here, it is inarguable that his contributions to this country are indelible and his legacy is still alive today. His prototype for the traffic signal can be found in Washington D.C. at the Smithsonian’s American History Museum and an elementary school in Kentucky is named after him.

A pioneer for African American inventors, Garrett Morgan opened the door for other brilliant minds, so that they could follow in his footsteps and share with the world their genius.