The term and its controversy explained. 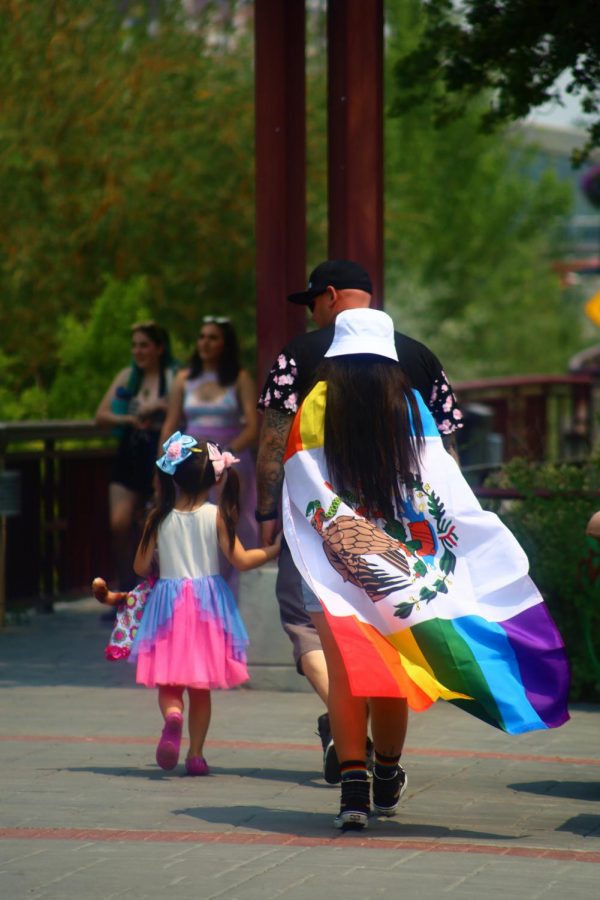 Oppression is engraved in civilization, even in language. This is especially prevalent in the Latin community. Spanish is among the top four most spoken languages in the world, but it is weighed down by its perspective on gender. For example, it uses masculine and feminine suffixes, a structure of grammar that has been consistent since the fall of the Roman Empire thousands of years ago. Changing how half a billion people speak takes a long time. But there is a new sheriff in town, Latinx, a nudge to a more considerate way of speaking. Pronounced La-tin-ex, Latinx is a gender-neutral or nonbinary word to describe someone of Latin descent. For someone who does not identify with either feminine or masculine ideals, using this word is a way to show respect for their identity. It can also be seen as an alternative to Latino/a. In other words, it is an all-inclusive term.

A few of HCCC’s staff were asked about their opinion on the matter. Among them is Diana Galvez, a lead navigator for the Diversity, Equity, and Inclusion Student Passport Program (DEISPP), who is in support of this neology. She thinks Latinx is the start of a revolution, but she also emphasizes that change is hard. “I try explaining pronouns to my mother and she looks at me like I have three heads.” Additionally, a Pew study on Hispanic/Latino Identity affirms that, “Young Hispanics, ages 18 to 29, are among the most likely to have heard the term [Latinx] — 42% say they have heard of it, compared with 7% of those ages 65 or older.” There is clearly a generational gap, a lack of understanding between people of different age groups due to their differing experiences in life. To younger generations, those that came before them are bitter, boring, and stuck in time. To elders, the youth are ignorant, lazy, and glued to their phones. The older generations also see the Spanish language as sacred, likely because it is so traditional. In consideration of their ancestors, reforming their way of speaking is disrespectful to heritage and family.

A firm example of a tradition within Spanish culture is the stereotypical household, where the head of the house is the man who works, and the woman is his wife who cooks and cleans. Today this structure is acknowledged as sexist in many families. However, it is still alive and well. The term Latinx can be controversial because it rejects the idea of machismo, a strong sense of masculine pride. In a way, it says, “the man is who decides, he always comes first.” Amaalah Ogburn is another lead navigator in DEISSP who was able to make this observation, stating that, “[people in the program] talk a lot about machismo and women being oppressed by their culture, not just the Latinx students, but others as well that…subscribe to gender norms.” Her words highlight how this is an issue that must be addressed by all, not just the Latinx community. People from all backgrounds should create an equal representation of women and gender-neutral identities in language, and eventually, in all aspects of life.

Before Latinx, there was no way around organizing Hispanic individuals into boxes they might not have agreed to. It was either “Latino” or “Latina,” no compromise. But society can understand that a person should not be defined by one group. The word Latinx is proof of this. Language has evolved and will continue to do so. And newer generations are the people who facilitated this change. So, to continue correcting what is wrong, the youth must be protected. The generational gap causes their creativity to be undermined, their critical thinking captured, and their resistance repealed. The youth are instinctively activists. If they continue to be forced into tradition and obedience, the future of all people is obscured. We must respect their activism, and a suitable place to start is with one’s choice of words.