Hey, what’s this “Squid Game” about?

A spoiler free guide to the show everyone’s talking about. 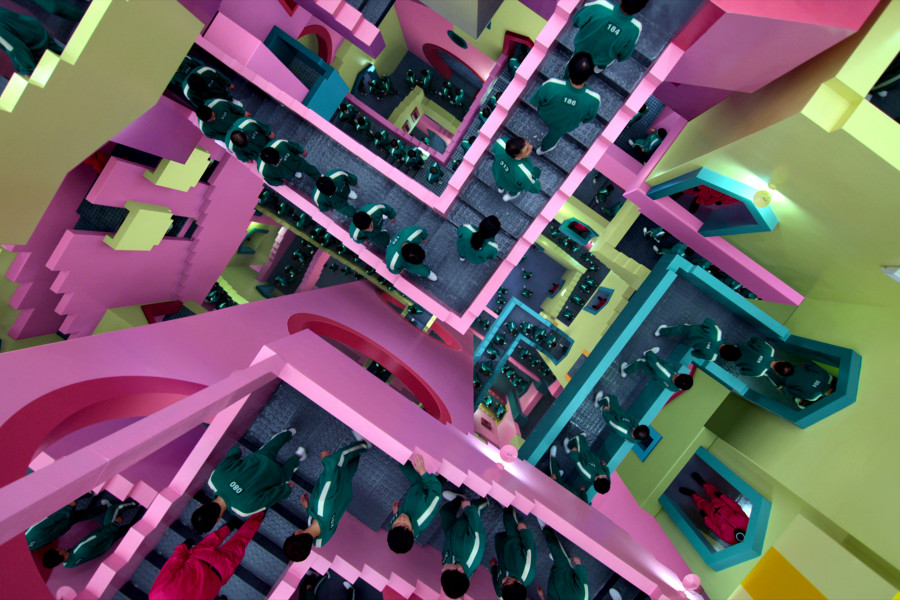 Contestants walking to the next game

What about “Squid Game?” I’ve experienced more peer pressure to watch this show in this past one month than I’ve ever experienced in my life to drink or do drugs. According to Forbes, “Squid Game is now #1 in 90 different countries” In the series, 456 South Korean citizens in tremendous debt, sign off their rights to participate in six of the most competitive and dangerous games I’ve ever seen. Blood is shed. Lives are disposable. Billions of dollars are on the line. As players are eliminated, the price fund goes up by hundreds of thousands, and the stakes rise as well. I hate spoilers, so I won’t get into specifics. All I can promise for those who have yet to watch the show is that every single episode will leave you at the edge of your seat.

The show’s been receiving lots of attention. It’s all over Twitter, Instagram, Facebook, really anything that comes in an app. It’s no secret that consumers are fascinated by dangerous situations, most of the time involving murder, violence and tragedy. So, these themes have become prevalent in most popular media, even the news. We’ve become desensitized to it, which just circles us back to the original question: what is so special about “Squid Game?” I’ve skimmed a couple articles and heard some opinions, keeping my fingers crossed that someone would address the elephant in the room, but to no avail. This is shocking because the main purpose of these nine exhausting, tragic, hour-long episodes all lead to this big message, this big so what. But since no one else is going to address it, allow me.

It is my belief that the most successful productions pull at something within us, that is, call attention to things much of us can relate to. For instance, according to IMDB, some of the most popular tv shows of this year include “Sex Education,” “Lucifer,” and “The Walking Dead,” all with a rating of at least 8 out of 10 stars. All these shows enable their audiences to live vicariously through fictional characters, whether it be to fight zombies, have sex or save the world against demons of the underworld. The lack of excitement in our lives that entertainment fulfils is something many of us relate to.

Applying this to “Squid Game,” every contestant in the game had money troubles. And as unfair as it was for these people to struggle, running from debt collectors can be exciting to watch. A lack of money left characters in the show with no option but to go into hiding. And this is not a fabricated issue, it is very real and current. What Squid Game attempts to emphasize is that both people with too much money and too little, can no longer enjoy the fruits of their labor. And that’s what’s so refreshing to watch, because the lengths a person is willing to go for paper, fictitious or not, can be quite dangerous, even fatal. Greed is sort of a motif as the plot unfolds, where people are forced to decide between their morals and their own survival over and over, a duality that again, many of us can relate to.

Money hunger is seen in personal, daily life. Real life. But it’s bigger than that. South Korea being the setting of the plot shows how economic conflict exists beyond the United States. Poverty plagues the streets around the globe, from Europe to India and back around. And death looms just behind it. Imagine what someone in a tight position would do to get out, if it was you in that position. Then imagine adjusting to a lifestyle where money is no longer a problem. Imagine carrying this luxurious comfort with you for decades, imagine getting bored. The series executed that to be able to feel fear, or excitement, or hunger, or trust for one another, is the true prize. To win is not to be proven the strongest or the smartest or the luckiest. To truly win is to know your priorities in life, and the difference between what is needed and what is wanted. That is what “Squid Game” is about.